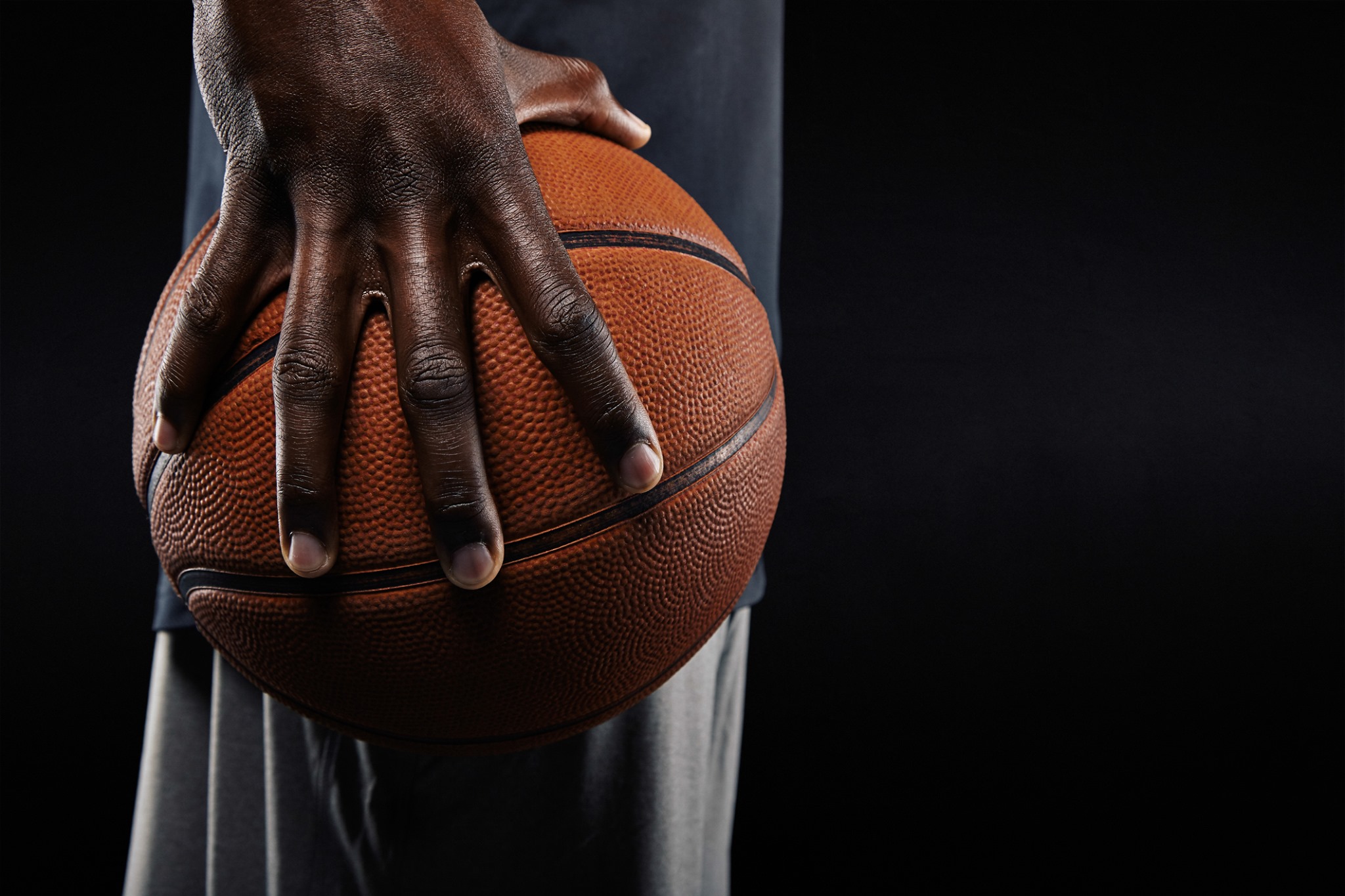 We were able to establish some big wins on our HBCU campus, and it sent a loud and clear message that we have a brand of black basketball that, if provided the same opportunities, exposure, and resource, can compete at those same levels. —Travis L. Williams

Travis, what led you to create the HBCU All-Star Game?

A God-driven vision is what led me. After 17-years of college, international, semi-pro and high school coaching career, God placed this vision in my spirit and said, you’re getting ready to do something to change the trajectory of our HBCUs. I then created HBCU All Stars, a black-owned sports marketing events media company, where it’s all about advocating, empowering and mentoring the best in our HBCUs. The platform is for our hardworking, talented, ambitious and very deserving student athletes as well as for our brilliant coaches that don’t always get the recognition and notoriety. The organization is changing the culture of sports to celebrate black excellence.

April, tell us about your involvement with the organization.

I serve as the Chief Operating Officer of the HBCU All-Stars Game. Coach Travis has known me since I was eighteen. It is an honor to watch his vision. My role is to execute the HBCU All-Star Game at a high level for anyone viewing the business, such as the fans, participants, donors, and sponsors.

Travis: What we have been capable of doing is providing these opportunities for HBCU players to play those Power Five—also considered the Pac-12/SWAC Legacy Series. We were able to establish some big wins on our HBCU campus, and it sent a loud and clear message that we have a brand of black basketball that, if provided the same opportunities, exposure, and resource, can compete at those same levels. We were also able to beat some of the Mid-major teams as well, so whenever our HBCUs can beat a non-traditional, predominantly white institution (PWI), we take great pride in that. It’s why I am out here doing the things I do so that we can have these platforms.

How has your organization changed the landscape of HBCU basketball recognition in college tournaments like the NCAA?

April: To humbly say— we have created a platform that’s never been done before. It’s still in a historical plight thanks to last year being in New Orleans, and the participation of our players brought so much recognition that the NBA said we need to do it as a showcase and several of those players got to do that. Coach Travis was very involved with some of these guys’ and their agents and getting them opportunities overseas, so it really shined a light on the work we are doing and the talent that exists in HBCUs.

Many people talk to us about the game, but we also do a lot of programming with HBCU students. We run an intern program that is one of the best for HBCU students because we give them full access to all the sponsors involved in the game. I’m talking from Capital One to Pizza Hut to Aflac. These are opportunities that people spend a lifetime trying to get, and we give them to HBCU students that participate in our internship program as well as helping them when the game of basketball is over— and making sure we connect them with people and jobs. We’re writing recommendation letters, connecting them with anybody we can to make sure that they gain employment. Our role has been quite significant, and the last part about it that has been significant is that Coach Travis has elevated women. We’re talking about a men’s game, and I am able to be at the table that wouldn’t normally happen and work alongside executives at CBS and all of our different corporate sponsors. That says a lot about what we’re doing. We’re touching everything. There is nothing in HBCU culture we don’t touch, whether branding (the company) or having the bands and the entertainment we provide during half-time and throughout the game. It is the experience of celebrating. We put this culture on TV for thousands and thousands of people who have never seen it (ever) before, so I think we have a very significant impact on what’s happening with HBCUs and how people see HBCUs.

Travis: As a former 17-year basketball coach, I have been on both sides. The PWI side and eight of my seventeen years on the HBCU side.

The former Head Men’s Basketball coach of Tennessee State and Fort Valley State University describes it both as a personal and professional journey with HBCU All-Stars and HBCU All-Star Game.

I got to really see the ins and outs (as a college basketball coach). The NCAA has been around for 40-plus years, and in April 2022, there had never been an HBCU All-Star Game ever associated with the Final Four Weekend in an NCAA Championship Tournament. That puts it into perspective there. We were able to do something to bring great visibility through our proud HBCUs and our great partnership with CBS Sports. They are fabulous partners and help us to have a platform not only on a national but global level. It has been great for our culture because a game that has the opportunity to be broadcasted in 122 million homes (Primetime Sunday) one day before the Men’s National Championship games is significant for our HBCUs.

To put it in perspective, we recently released a watchlist of over 60+ players from over 49 HBCUs across the country. From our MIAC to our SWAC. From our CIAA and SIACs to our independent schools, Tennessee State, Hampton, and North Carolina A&T, that play in our PWIs. Every time CBS Sports mentions HBCU All-Stars and HBCU All-Star Game, it sends a loud and clear message to our HBCU culture, which is why this game in 2023 is very important to our culture. Not only do we get an opportunity to make history again, but this will be the first-ever HBCU All-Star Game on an HBCU campus during Final Four Weekend in the great city of Houston.

We must show up and show out and have it also be (standing room only) on that day. It needs to be the hottest ticket in town and a celebration of our black excellence and history and black culture experience because we have an opportunity to do something great for us, which is important.

As Chief Operations Officer of the HBCU All-Star Game and with your background in college sports recruitment. What advice do you share with young athletes wanting to play college ball and for them to consider an HBCU?

April: We have seen the evolution of HBCUs (in basketball), as mentioned earlier in our conversation about the TSU Tigers. Coach Travis and I were actually at the game to witness that win.

My advice to young athletes is to go where they are going to be supported and have life-long experiences. I did not attend an HBCU, but I worked at many, and my portfolio of work is at HBCUs. For young people, it’s beautiful to attend an HBCU. If you don’t do it in undergrad, do it in graduate school because the level of commitment to seeing you succeed and being around like-minded people does something for your confidence. That’s the experience I had when I got my first job at an HBCU. I never felt so confident about my ability to be successful while being around people who looked like me that had the success I wanted to see. At the same time, we donate to student-athletes who have a great experience going to an HBCU. There is a lot of talent at the HBCUs and great coaching too.

You established the “Travis L. Williams Foundation” focused on educating, empowering, and mentoring youth & families in memory of your mother, Patricia Ann Williams. Why is it important that you give back? How do you encourage players to give back?

Travis: I am a man of faith and service; in God’s eyes, it is about service. I wouldn’t be half the man I am (or be here) if it wasn’t for my mother, Patricia Ann Williams. She instilled values in me early before her untimely passing at age 30 from lupus. I was only 12 years old. I was definitely a mama’s boy. I got a chance to see her love and genuine concern for her children, community and family.

I did not have many opportunities in South Georgia, in the city of Tifton, so growing up with values was important to me. I always took it upon myself to say I will never forget where I come from; for the past 25+ years, I have gone back home to provide a platform for children living there—giving back with scholarship donations—academic and athletic seminars, consulting seminars and free basketball camps and clinics. We pass out free food, books, and furniture through Patricia’s Blessed Closet. We don’t ask any questions (for those in need). We provide it as a God-given mission to keep my mother’s legacy and memory alive, and the (act of giving) trickles down to our players.

When we are in Houston in a few months, the city will be able to see that what we do is bigger than the basketball games. Our goal is to go there and do some programming and real outreach, meet and greet families (children), provide camps and clinics, sign autographs, and engage with the community. It’s a whole ancillary of events from our involvement with neighborhoods such as Cuney Homes, the Third Ward, and HBCU Texas Southern University. We plan to go to Yates High School as we partnered with “Houston Random Acts of Kindness.” Over 800 students at the school and about 200 of them deal with homelessness or some life transition. We will be there to keep the memory of George Floyd alive with some of our social justice and civil rights organizations. (George Floyd graduated from Yates High School in 1993).

It’s a big push, our plans in Houston. It’s a big mission, but when it’s all said and done, it’s a life of service whether through the Travis L. Williams Foundation, HBCU Scholarship Fund, or the HBCU All-Stars and our staff, the push is a life of service and what we need to do for our community.

Travis: It’s all about family time, including my HBCU All-Stars family, and continuing to push our causes.

April: For me: Trusting more in what God wants me to do. I am a Type A personality that likes to control everything that happens. I want to release that pressure off of myself and realize that if it’s meant to be, it will be; if not, God has some other plan.

Before the conversation ended with Coach Travis and April, we asked for fun if the both of them played each other on the basketball court. Who would win? Who’s beating who?

April: Now, coach, you know what I gotta say (laugh). Coach Travis is a guard, and I’m a forward, so he dribbles and shoots better than me, but I think I could win.

Travis: Yes, you would definitely win. I’m retired— now if we play a game of Horse or OUT, then maybe… (laugh).

Visit HBCU All-Stars for more information about the HBCU All-Star Game during Final Four Weekend and the HBCU College Admissions Fair that will be held in the City of Houston for prospective Houston ISD high school students traveling to the Final Four and looking to attend an HBCU in the future.
Follow @HBCUAllStarGame 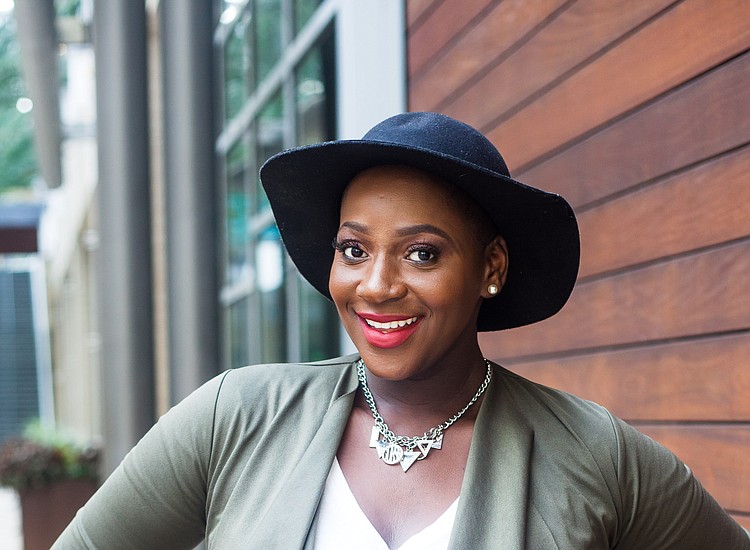 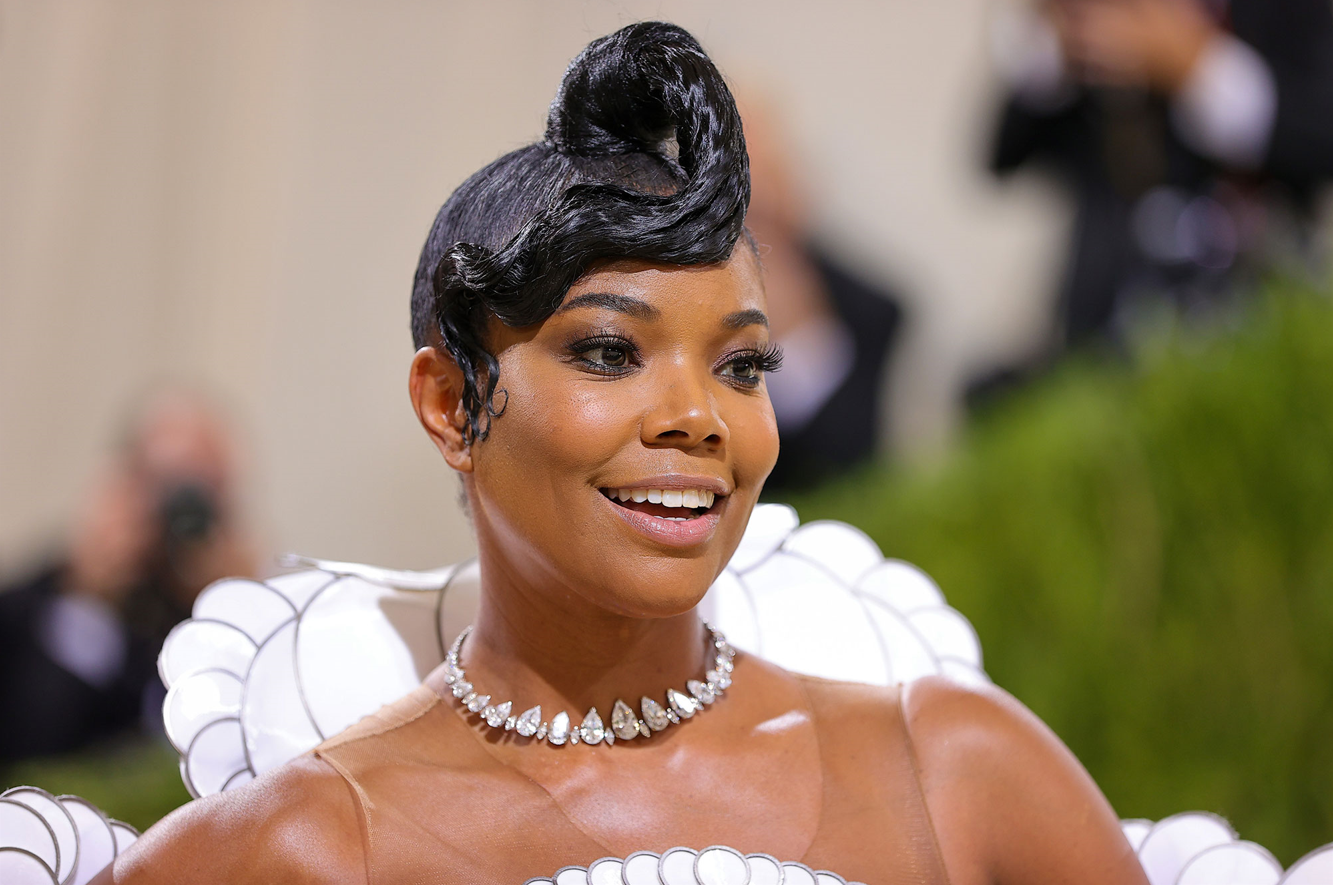 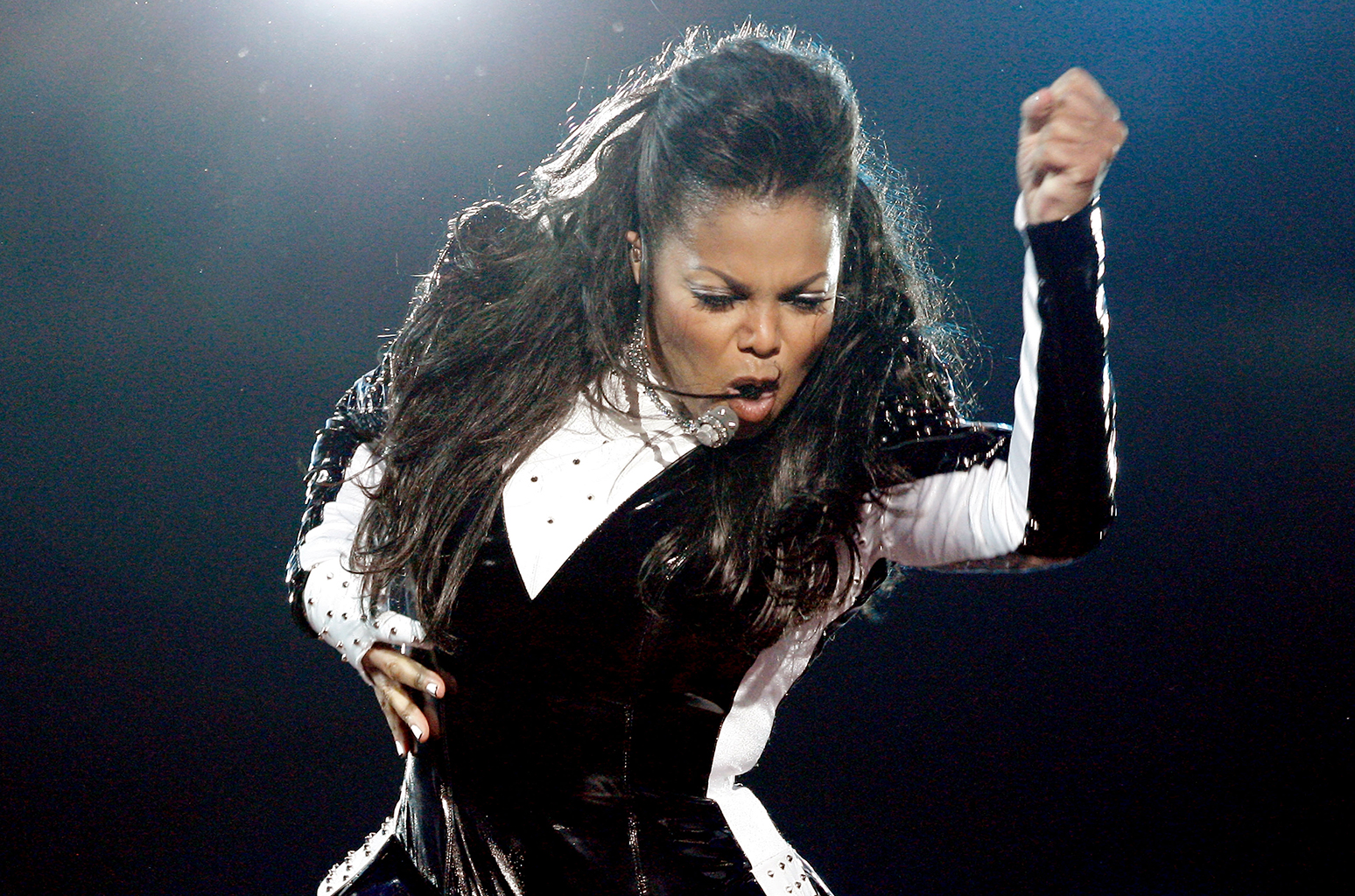 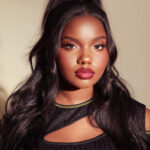 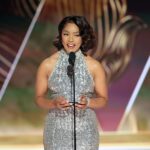