Dorien Wilson stars in the Bounce TV comedy “In The Cut” now in its fourth season. He plays the character of Jason Weaver, a barbershop owner who meets a young man named Kenny (Ken Lawson) the biological son he never knew about. It’s a fan favorite sitcom full of laughter and cast mate camaraderie. We caught up with Dorien by phone in between him filming a movie in Florida. Reminding him he will always be known by fans as Professor Olgevee (The Parkers). Read more on why he believes his career has lasted this long and the one actor he has never seen in a bad mood.

Tell us what fans can expect more of following Season 4 of In The Cut?

More of the funny. I think this is our best season yet. I think we are more solidified in our character and the relationships we have built with each other. We added Kellita Smith (Bernie Mac show) who plays my love interest, Cheryl. I don’t want to give away any spoilers, but Jay’s status changes in the season finale. It’s a really funny show and we’re just here to tickle your funny bone for 22 minutes.

What do you like most about working with the cast?

It’s so funny. I was talking about this not too long ago. All of us grew up in the ranks together in this business. I originally played Jackee Harry’s boyfriend in Sister, Sister and fast forward twenty-something years and I play her ex-husband on this show. How crazy is that? (laughter)…we all have a relationship. As you know, Ken Lawson and I were on The Parkers together for 6 years. I was stoked when they told me he would play my TV son. As long as I’ve worked with this brother, I have never seen him in a bad mood or with an attitude. He’s just one of the most kindest and professional people I have met in this business and I love working with him. For years, people thought me and John Marshall Jones (Clevon “Smitty” Smith) was the same person (laughs). I was always asked, “Are you the actor from The Smart Guy?” and he would have people greet him “Hey Professor!” Now we’re working together side by side on the same show. Better yet, he and I share the same birthday and birth year (laughs).

What would you say is the reason you have enjoyed longevity in your acting career?

God! It’s such a blessing. I don’t take anything for granted because it can be taken away at any time. I have been so fortunate and blessed to remain consistent and relevant. It’s sometimes unheard of in this type of career. I have been a regular on 6 television shows and it’s amazing! I’m also doing more things behind the scenes as well. I am one of three executive producers for a new movie— a romantic comedy called His, Hers & the Truth. It’s a very funny movie that I’m also in along with comedian, Cocoa Brown who plays my wife. It debuts Valentine’s Day 2019.  I’m so proud of the film! It’s one of the reasons I was in Atlanta. We’re bringing Hollywood to Dublin, GA where two of the executive producers are from. It’s a small town and we’re going to roll out the red carpet and have a Q&A session surrounding the movie. It will be fun! In all, I’m just reinventing myself as I go along. I just finished a Nickelodeon show—Belle and the Bulldog for three seasons where I played a coach and worked with some really amazing kids!

When was the last time you laughed out loud in real life and not on social media?

With my kids. They’re nuts (laughs). Both of my children relish in picking on dad. They talk about how old I am though they say I look good and don’t age. They crack on me for not knowing social media or computers, but the two of them together when they gang up is hysterical. It’s all funny until I curse them out…(laughter).

We think Dorien Wilson is a pretty happy go lucky guy and we look forward to seeing him acting for many more years. 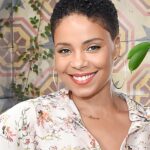 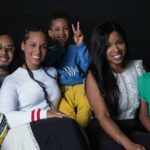