For the first time in history, Texas Southern University hosted the Primary Democratic Debate. The University’s campus was full of different media outlets the entire week to make this night one to remember. Student’s and staff had every opportunity to engage and network during the countdown of the debate. Ten Democratic Presidential Candidates took to the stage in TSU’s Health and Physical Education Arena, live on ABC News on September 12th.

Five students from the School of Communication served as interns for ABC News and had the chance to work with the production team, and serve as runners for the spin room set up for journalist across the world. Senior Tamerras Edy, expressed her excitement to the Houston Chronicle on being one of the interns for ABC News. In a recent Instagram post, Edy wrote, “How could I not give thanks? “This experience has concurrently broadened my skill set as well as assisted in extending my network and it has been an honor to contribute to something so monumental!”

Mayor Sylvester Turner was also one of the special guests to pop in on the debate and welcome those who came near and far to the heart and soul of Houston. “We are a city who builds on relationships and not walls” said Mayor Turner.

The ten candidates entered the stage in the fight to come out on top and eventually become President Of the United States in 2020. 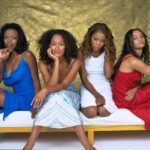 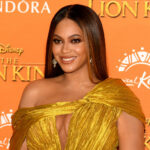